YES Prep is a system of public charter schools that serves approximately 17,000 students in grades PreK–3 and 6–12 throughout Houston, Texas.

Prior to 2016, YES Prep school leaders were in a data bind: they needed to figure out a way to not only collect data but also to organize it in a way that was easy to access and navigate. Furthermore, teachers were leaving within one or two years of joining, and YES Prep had no system in place for managing and tracking student behavior.

When it came to observing classrooms and providing teacher feedback, things were all over the board. Everything was done manually. Teachers received feedback in a document but were never notified about it. They weren’t collecting any data, so there was no way to see or track trends. Accountability was low, coaches were not aligned, and each of YES Prep’s 20+ campuses had their own way of doing things.

On the student behavior side, YES Prep fared no better.

Their system for tracking behavior and monitoring trends was just as cumbersome:

As their director of teacher evaluation, Rachel Rucker, put it, “The data just lived and died there.”

“Before Hero, there was no real way to know if a teacher was more punitive than positive,” explains Rucker. Hero made this information easily accessible.

Similarly, Rucker and team could see if certain groups of students were being disproportionately penalized and then coach teachers into creating a positive classroom environment. “Hero’s data has allowed us to revolutionize our entire behavior management system,” says Rucker. “We’re now focused on interventions rather than punitive measures.”

“When we moved to [SchoolMint Grow], it was like night and day,” says Rucker. Previously known as Whetstone, Grow streamlined the coaching process, making it easy for teachers, coaches, and leaders to meet, set goals, provide feedback, track progress, and grow together.

After several years with both Hero and Grow, YES Prep has become highly efficient at using behavior and coaching data to guide their decision-making. School leaders throughout the YES Prep system now meet regularly to talk about data and trends. And since it’s so easily accessible, even non-campus-based leaders can participate in discussions about interventions.

“The data has been monumental,” says Rucker. “We went from having a very punitive system to a culture built around positivity. Before Hero, our behaviors were off the charts in disparity. Now they’re not, because we realized that students who receive the most punishments are the students who need the most love.”

YES Prep also uses Hero data to have conversations with families about student behavior as well as to inform teacher coaching with Grow.

“At one point, we had one school in remediation,” Rucker explains. “Now it’s in the top five performing. Well-coached teachers produce better student outcomes. Consistent coaching can grow a first-year teacher into a sixth-year teacher.”

With the combination of creating productive, positive classrooms for students and administrative support for teachers, YES Prep’s teacher retention has also improved.

According to Rucker, “We now have a more equitable evaluation system. Before Hero and Grow, it was typical for a teacher to work one or two years and then leave. Now we have teachers sticking around for over 10 years, and they’re happy. A joyful teacher is better for the classroom.”

YES Prep also has 48 teachers designated under the Teacher Incentive Allotment (TIA), a Texas program that recognizes effective teaching and awards teacher-focused allotment funding to help schools retain their top-performing educators. Rucker partly attributes this to Grow because they were able to provide strong observation and evaluation data with their applications.

“If we were still in the Word document upload days, there was no way we could’ve done this,” she says. “[SchoolMint Grow] helped make our applications very strong.”

Today, YES Prep continues to implement both Hero and Grow and has become highly efficient at using that data to inform decision-making. Student behavior has improved. Teacher retention has improved. Coaches in all 20+ campuses are in alignment.

And across the board, YES Prep’s classrooms are positive, productive learning environments. 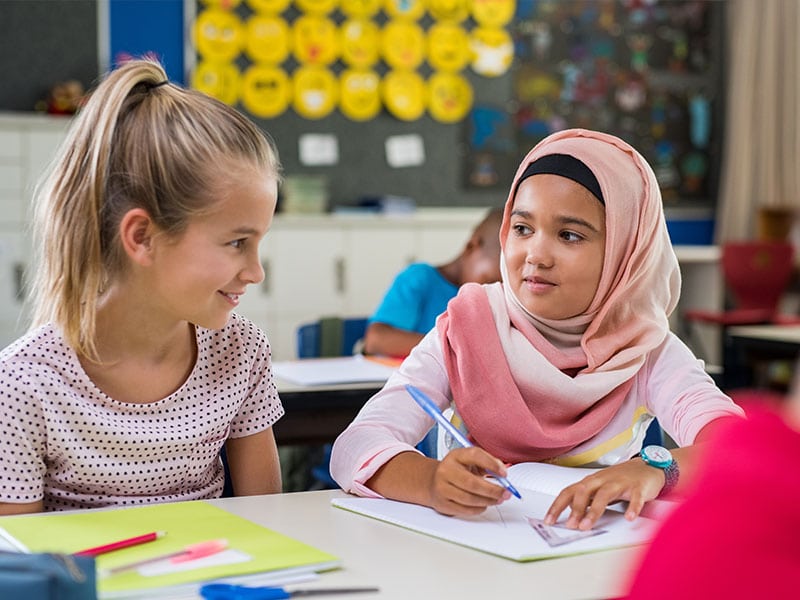 The New Normal in K-12 Education: Equity in Practice